It consists of three major parts:

A transmitter transmits the information after modifying it to a form suitable for transmission. This modification is achieved by a process called Modulation.

The communication channel carries the modulated wave from the transmitter to the receiver. A receiver reconstructs the original message after propagation through the channel. This is achieved by a process, called ‘ Demodulation ’, which is the reverse of modulation.

(i) Information : Information itself is that which is conveyed. The amount of information contained in a message is measured in bits. The set or total number of messges, consists of individual messages-which may be distinguished from one another.

(iv)Channel Noise : The term ‘channel’ usually refers to the frequency range allocated to a particular service or transmission.

Noise is unwanted energy, usually of random character, present in a transmission system, due to some known or unknown causes. Noise may distort the information at any point in a communications system. Obviously, noise will have its greatest effect, when the signal is weakest.

(v) Receiver : The most important function of receiver is demodulation and sometimes decoding as well. Both these processes are the reverse of the corresponding transmitter (modulator) processes.

Receivers range from a very simple crystal receiver with head phones, to a complex radar receiver. The output of a receiver may be fed to a loud speaker, video display unit, tele typewriter, TV picture tube, pen recorder or computer.

Note that the transmitter and receiver must be in agreement with the modulation and coding methods used.

The schematics of an arrangement for transmission and reception of a message signal are shown in figure : 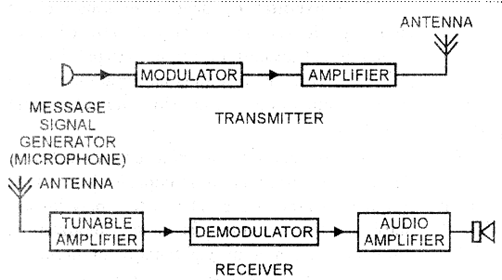 On the basis of links between transmitter and receiver, the various forms of communication are :

Message signals are electrical signals generated from the original information to be transmitted, using an appropriate transducer. A message signal is a single valued function of time that conveys the information.

These signals  are of two types :

An analog signal is that in which current or voltage value varies continuously with time .

Mathematically , we represent such a signal as 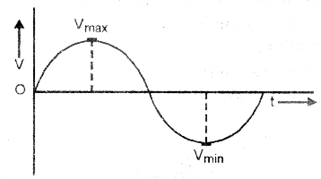 Such signals can have all sorts of values at different instants, but these values shall remain within the range of a maximum value (Vmax) and a minimum value (Vmin).

The sound produced by a vibrating tuning fork provides such a signal. A microphone converts pressure variations in air, produced by sound waves into corresponding current/voltage variations. 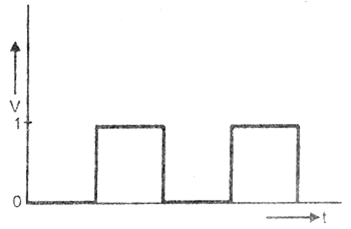 The output of a digital computer is an example of a digital signal.
An analog signal can be converted into a digital signal by sampling it in time, quantizing and coding it.
The digital communication is far more advantageous than the analog communication. This is because in the former, the receiver has to recognize whether a pulse is present or not in any prescribed time interval. Further, a large number of digital signals can be sent through a single channel only.