Apparent expansion of Liquid in a Container

As liquids have no definite shape, the liner and superficial coefficient cannot be studied. Further, for heating it has to be kept in a container. Obviously when the liquid is heated, the container will also expand.

Initially container was completely filled with liquid. Temperature is increased by ΔT

So coefficient of apparent expansion of liquid w.r.t. container

Increase in height of liquid level in tube when bulb was initially completely filled : 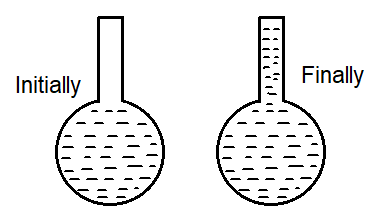 A sphere of metal A(γ1) just inside a spherical shell of metal B(γ2) at any temperature T. If the temperature of metals is increased and γ1 > γ2 then volume stress will be developed (compressive in metal A and tensile in metal B).

But if(γ1 < γ2) the free space will be created between metals. 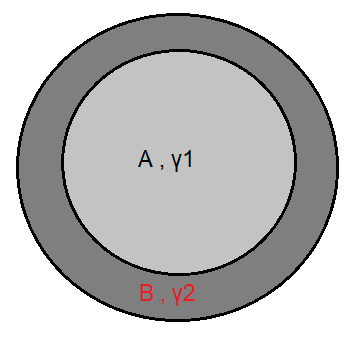 With same amount of change in temp. the expansion of radius will be same 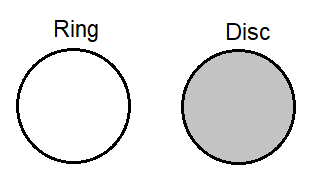 Solution: If V is the volume of flask, VL of mercury and VA of air in it,

Now as with change in temperature volume of air remains constant, the expansion of mercury will be equal to that of the whole flask i.e.,

Consider a given mass of a gas is heated through 1° C at constant pressure. Now the ratio of the increase in volume to the original volume at 0° C is defined as volume coefficient.

If VT and V0 be the volumes of a given mass of gas T° C and 0° C respectively, then

Where αv is known as volume coefficient

where αp is known as pressure coefficient.