The units of all other physical quantities, which can be obtained from fundamental units, are called derived unit.

(a) FPS system: The fps. system is the system of unit. In this system foot is the unit of length, pound is unit of mass and second is the unit of time.

(b) C.G.S. system: It is the Gaussian system in which centimeter, gram and second are taken as three basic unit for length, mass and time respectively.

(c) M.K.S. system: In it metre, kilogram and second are taken as the fundamental units of length, mass and time respectively.

International system of Units (SI)
(i) Also known as rationalized m.k.s. system.
(ii) SI system can be used to any branch of physics while m.k.s is used only in mechanics.
(iii) It has seven fundamental and two basic supplementary

Illustration : Find the unit of speed.

Definitions of Base Units:

Kilogram:
Nowadays the standard kilogram is the mass of a cylinder made of platinum-iridium alloy and stored in a special vaule in the International Bureau of Weights and Measures at Sevres in France.

Second:
At present second is defined on the basis of an atomic clock, which uses the energy difference between the two lowest energy states of the cesium atom. When bombarded by microwaves of precisely the proper frequency, cesium atoms undergo a transition from one of these states to other. One second is defined as the time required for 9,192,631,770 cycles of this radiation

In physics SI system is based on seven fundamental and two derived units. 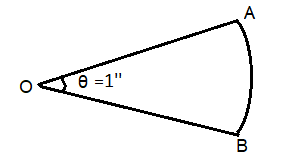 Solved Example : Fill in the blanks:

Solved Example : Fill in the blank by suitable conversion of units:

Solved Example : A calorie is unit of heat energy and it equal about 4.2 j, where 1 J = kgm2 s-2. Suppose, the employ a system of units in which the unit of mass equals α kg, the unit of length equal β m and the unit of time is γ s . show that a calorie has a magnitude of 4.2 α-1 β-2 γ2 in terms of new units.