Linear magnification of a Spherical mirror is the ratio of the size of the image to the size of object .

In new cartesian sign convention, we define magnification in such a way that a negative sign (of m) implies inverted image and vice-versa. A real image is always inverted one and a virtual one is always erect.

Problem : An erect image is three times the size of object is obtained with a concave mirror of radius of curvature 36 cm . What is the position of the object ?

Example : A short linear object of length L lies on the axis of a spherical mirror of focal length f at a distance b from the mirror. Find the size of the image ?

By differentiating both sides

Example : A point source S is placed midway between two converging mirrors having equal focal length f as shown in the figure. Find the values of d for which only one image is formed. 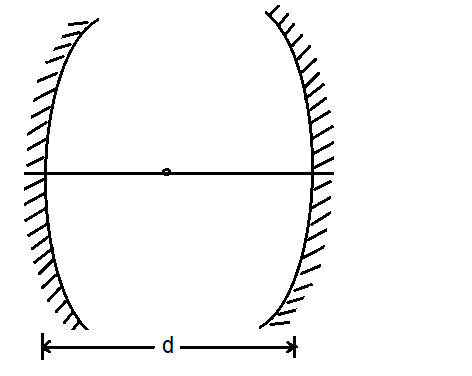 Solution : If the image is formed of the object, it must be formed at the center of curvature C. 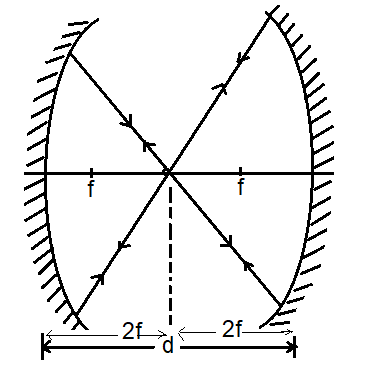 since only one image is formed by two mirrors, the object should be placed at their common center of curvature as shown in the figure; the mirrors are the part of a sphere of center

Note : If the distance between the mirrors is 2f then also image will be found at the same position. So second value of d = 2f