SHM as a projection of circular motion : 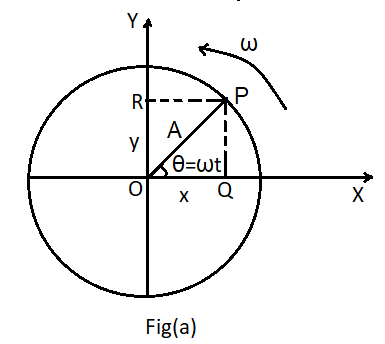 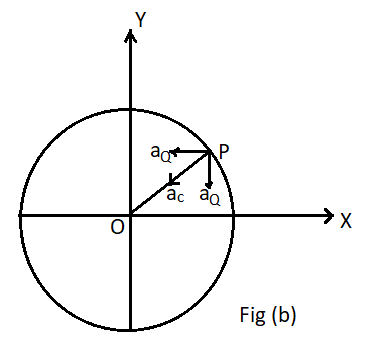 Let a particle be moving uniformly on a circle of radius A with angular speed ω.

From above equation it can be said that Q and R performing SHM about O along the x-axis and the Y-axis respectively with the same angular speed ω.

From figure (b) centripetal acceleration of the particle at P is Aω2.

Resolving this acceleration along PR and PQ

Therefore, also from acceleration point of view, it can be said that Q and R are performing SHM.