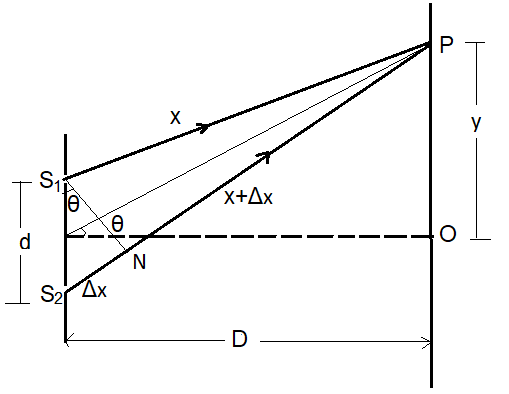 The optical path difference between the light waves at P is Δx = d sin θ . . . (i)
For small d in comparison to D.
The point O on the screen is on the foot of the perpendicular bisector of the slits separation d, is the position of central maximum (of order p = 0). The distance (y) of the point P from O is very small in comparison to D, because practically y is of the order of mm and D is of the order of m.

Therefore from (i) we obtain

Thus equation (iv) gives either the position of constructive (maxima) interference if
Δx  =  n λ . . . (v)
or position destructive (minima) interference
if Δx = (2n – 1) λ/2 . . . (vi)
Thus the nth order of maximum occurs at a distance from the central maximum given by

Similarly the nth order of minimum occurs at a distance from the central maximum given by,

where n = 1, 2, ………..
Therefore the fringe width β, defined as the distance between two consecutive maxima (or consecutive minima) can be obtained 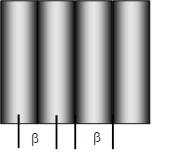 Illustration : A monochromatic coherent source S is placed as shown in the diagram so that two secondary wavelets are available from two slits S1 and S2 and interference pattern is obtained on the screen placed at a distance D = 1000 d and d = 10-3 m. Find the position of the central maximum on the screen. 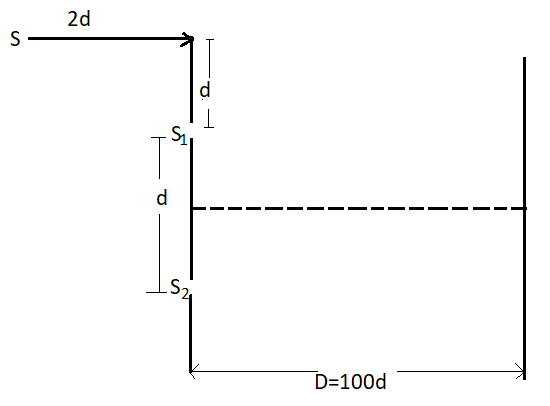 Solution : Closely observe the paths taken by two waves and compare the optical path planes, for any point of observation P. If for a point P, optical path lengths are equal for the two waves ; then this point will be the central maximum. 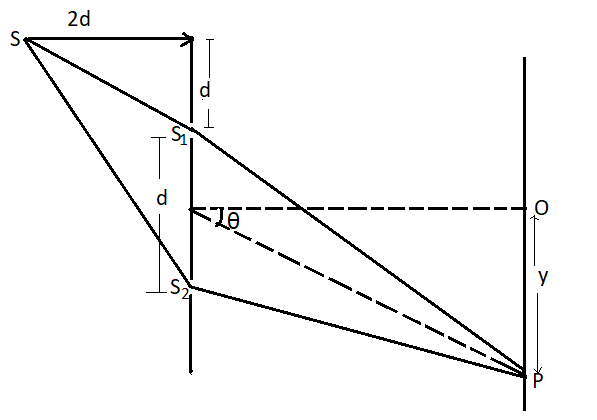 Illustration : A primary monochromatic coherent source is used in YDSE and half of the space between the primary source and the slits is filled with a transparent liquid of refractive index μ with respect to air, such that path of the wave SS2 is through this liquid. Everywhere else there is air and slits are sealed with equal glass plates. Find the location of central maximum. 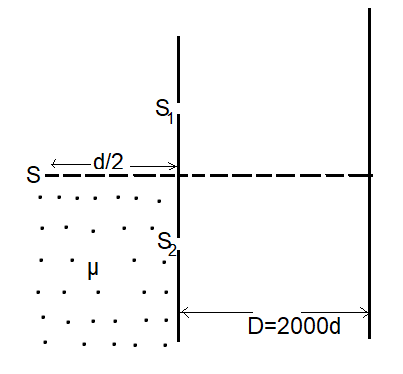 Solution : Complete the optical path length covered by the two waves created from the primary source S if P is a point of observation for which path lengths for both the waves are equal, then P will be the central maximum. 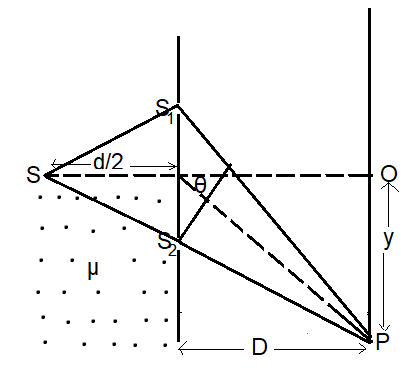